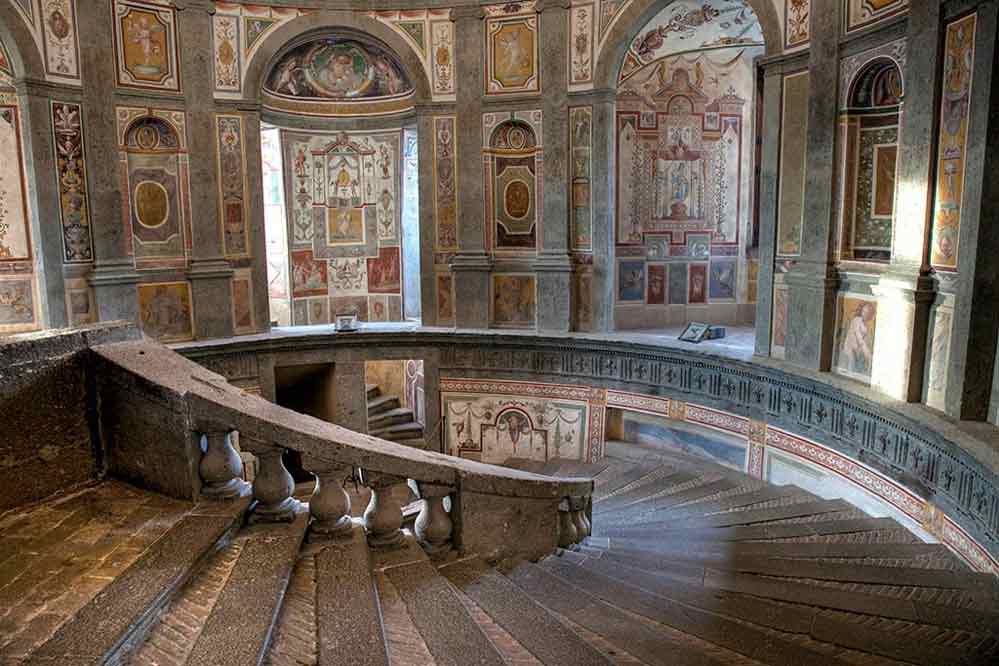 The palace was one of the many stately homes built by the Farnese in their own domains. Initially it had to have defensive characteristics as was common in the stately homes of the Lazio region between the fifteenth and sixteenth centuries.
Inside the sumptuous residence worked the best painters and architects of the time.
The “Orti Farnesiani” (with the same name of the family gardens on the Palatine Hill in Rome) are attached to the villa, a splendid example of a late-Renaissance garden, built through a system of terraces behind the house, perched on the hill from which the building is erected and connected by Vignola with the residence through bridges.

One Reply to “Villas and Palaces – Palazzo Farnese Caprarola”